Thanksgiving, by the numbers

Photo by RODNAE Productions on Pexels.com

Did you ever wonder if it would be cheaper just to eat out for Thanksgiving?

Well, before you make reservations, check out this finding from Statista. According to their research, a traditional Thanksgiving feast for ten, including pie and coffee, cost an average of $47 to prepare in 2018.

Turkey is the most expensive part of the meal. A 16 pound bird tends to set you back more than $21.

Unquestionably, turkey is the main event. 81% of people said they are eating turkey for Thanksgiving and 65% said mashed potatoes will also be on the menu. But only 23% plan to serve sweet potato pie for dessert. The most popular parts of the meal, according to a 2020 survey, are turkey, mashed potatoes and stuffing. And less than 5% of people said they would not be eating pie, while nearly 3/4 of respondents said they would be making their own pie from scratch (not me, I am happy with a store-bought pie)! 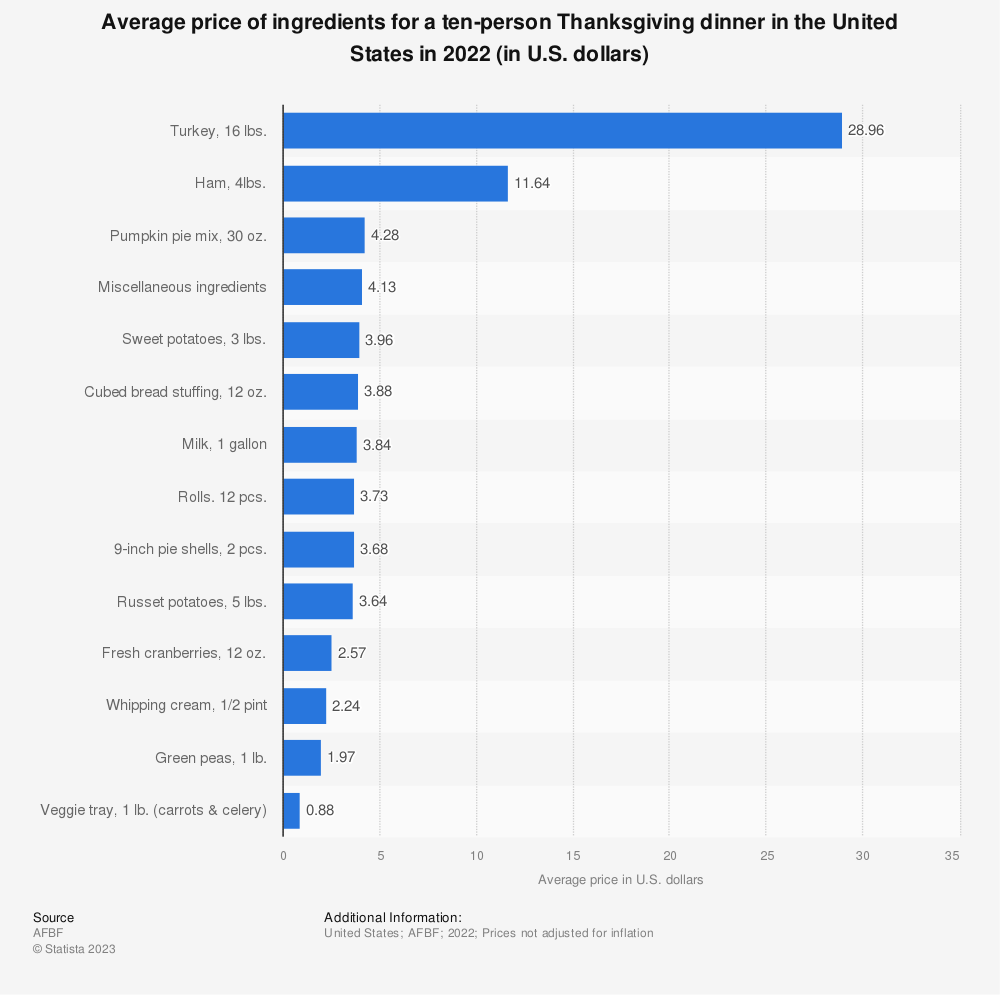 Thanksgiving is largely a family event. 1000 people were surveyed and 70% said that Thanksgving to them meant spending time with family. In the U.S. 85% of those surveyed said the people seated at the table will be mostly family. Only 28% of Americans are having “Friendsgivings.”

The number of people traveling for Thanksgiving has increased every year since 2008. However, it is forecasted to drop by 5 million in 2021. An estimated 50 million people will travel to see family and freinds this Thanksgiving. In 2020, a whopping 94.6% of travelers made the trip by car, while only 4% flew.

Most people have their Thanksgiving dinner in tne early afternoon. 42% of those surveyed said turkey time is beween 1 pm and 3 pm.

Did these statistics ring true for you? Or do you handle Thanksgiving a little differently from most? Let me know in the comments!